a study on Childhood Mortality 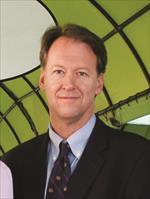 Randomization of Treatment Allocation. In each site, 30 communities within a contiguous area of 300,000 to 600,000 individuals will be randomized into the azithromycin or placebo arm. The investigators will use a simple random sample separately for each study site, but without stratification or block randomization within the site. These communities are being randomized from the same pool of communities eligible for a sister trial (Mortality Reduction After Oral Azithromycin (MORDOR) - Morbidity Study).

Specific Aim 2: To assess whether biannual mass azithromycin treatments of pre-school children can eliminate ocular chlamydia in a hypoendemic area

Specific Aim 3: To assess the diversity of the microbiome of the nasopharynx, nares, conjunctiva, and gastrointestinal tract

Open to people ages 1 month and up