a study on Drug Use 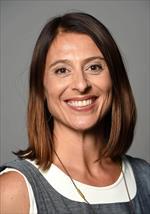 Girls in the juvenile justice system have unique developmental pathways to drug use and co-occurring risk (e.g., HIV/STI) behaviors that have typically not been considered or tested in order to identify evidence-based gender-specific substance use treatment approaches for this population. This study will advance scientific knowledge and clinical practice in the drug treatment and public health fields by testing the efficacy of a pre-existing, widely disseminated gender-responsive substance use treatment (VOICES) on drug use and HIV/STI risk behavior outcomes for a broad range of substance using girls and young women (ages 12-24) who are at-risk for or already involved with the justice system.

Compared to both non-offending females and male offending counterparts, offending girls are at significantly greater risk for the development of substance use disorders, psychiatric symptoms and negative health outcomes, such as HIV/AIDS or other sexually transmitted infections (STIs). Research suggests that girls may have different developmental pathways to drug use, initial legal involvement and co-occurring negative health outcomes that support the importance of testing gender-specific treatments for juvenile justice girls. Although there is recent increased emphasis on gender-specific programming in juvenile justice, empirically supported gender specific interventions to improve health, mental health and/or legal outcomes among juvenile justice girls are lacking. The objective of this Stage II treatment trial is therefore to test the efficacy of a pre-existing, widely disseminated gender-responsive drug use treatment (VOICES) among 130 girls who are at-risk for or already involved with the justice system. We seek to test the effect of VOICES on girls' drug and alcohol use, HIV/STI risk, psychiatric symptoms and recidivism as well as explore moderators and mediators of outcomes. Girls and young women, ages 12-24 (N= 6 juveniles for Phase I Intervention Run-Through; N=130 for Phase II RCT study) will be recruited from justice partners (probation, diversion programs) and school partners (high schools/middle schools). Participants will be randomized to either the VOICES (active) intervention (n=65) or a Girl Health (attention control) condition (n=65). In Phase I (first six months of Year 1), 6 juveniles will be recruited to complete the Intervention Run-Through and research assessment once to allow testing of RCT intervention and assessment procedures prior to the RCT phase. In Phase II (last half of Year 1 through Year 4), 130 girls will be recruited and randomized at baseline and then re-assessed at mid-treatment, end of treatment, 3 months and 6 months post-intervention. Biological specimens for juvenile drug use will also be collected at each 3-month assessment. Efficacy trial results can be used to make immediate changes to current widespread program delivery resulting in direct impact on the field of evidence-based gender-responsive substance use interventions for juvenile justice girls and young women.

130 court-involved, non-incarcerated (CINI) female juvenile offenders or those at-risk for court-involvement, ages 12-24, who report any alcohol, marijuana or other drug use in the past 90 days will be eligible for enrollment with the following criteria:

1) Determined to be in need of substance use treatment by the court intake worker, probation officer, presiding judge or magistrate, and/or school counselor; 2) Legal guardian available to consent for child's participation, if the child is under the age of 18, and 3) Child is English speaking.