Skip to main content
This study is not yet accepting patients

a study on Major Abdominal/GI Surgery 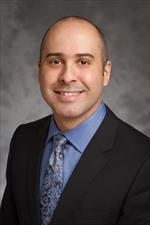 Malnutrition is a serious problem in patients undergoing major surgeries and has a direct association with increased morbidity, mortality, length of stay (LOS), increased readmissions and cost of care. Studies suggest several advantages of supplementation with protein or specific amino acids in malnourished patients. Dietary leucine or its metabolite β-hydroxy β-methylbutyrate (HMB) can improve skeletal muscle mass and function by increasing transcriptional level of protein synthase, while other high protein or amino acids like Glutamine or Arginine supplements only provide protein-amino acids pool for patients while body`s preferred fuel during metabolic stress is endogens protein, rather than exogenous diet. In this study the investigators seek to achieve two distinct goals: 1. Determine the patients' nutritional status before and after major surgeries by baseline and subsequent nutritional assessments, according to ASPEN's criteria. In addition, the investigators were going to use indirect calorimetry to determine the Resting Energy Expenditure (REE) in different phases of pre- and postoperative periods. The investigators also propose to compare different serum protein markers and their ratios in order to correlate them with ASPEN's criteria for nutritional status quantification. In Summary, three discrete tools including ASPEN's criteria, indirect calorimetry, and serum biomarkers are going to be used in conjunction with each other to delineate the patients' nutritional status in various pre- and post-operative periods. 2. Patients undergoing major surgeries were supplemented with high protein with ß-hydroxy ß-methylbutyrate (HMB) (Ensure, Envile) or HMB only as a control, in order to improve their nutritional status and improve postoperative outcomes. The investigators looked for depict meaningful improvements in surgical outcomes by nutritional supplementation with or without HMB.

The concept of malnutrition and its' effects on the outcomes of surgical patients was first reported in 1936. A study revealed that malnourished patients going through ulcer surgery had a 33 percent mortality rate when compared with 3.5 percent in well-nourished individuals. According to the American Society of Parenteral and Enteral Nutrition (ASPEN) guidelines, malnutrition is defined as 'an acute, subacute or chronic state of nutrition, in which varying degrees of overnutrition or undernutrition with or without inflammatory activity have led to a change in body composition and diminished function'.

Acute malnutrition is present in 25 to 54% of hospitalized patients at admission. Malnutrition has a direct association with increased morbidity, mortality, length of stay (LOS), increased readmissions and cost of care. A prospective study of 500 patients, including 200 surgical patients, demonstrated that patients lost an average of 5.4 percent of their body weight during their hospital stay. Also, the stress of surgery or trauma creates a hypermetabolic state with an increased Basal Metabolic Rate (BMR) while raising protein and energy requirements.

Furthermore, during illness, the metabolic demand, as well as recovery time, are increased. This situation could increase the risk of malnutrition or shift it from at risk of malnutrition to mild to moderate or even severe cases, resulting in a further increase in subsequent recovery time. The aforementioned condition is more evident in major surgical candidates because of metabolic stress leading to a general lack of desire to eat, malaise, fatigue and oftentimes depression interrupting normal eating processes and food intake while disturbing digestion and absorption. This condition results in skeletal muscle loss and usage of internal amino acids for endogenous glucose production (Gluconeogenesis). With the loss of skeletal muscle, protein and energy availability is lowered throughout the body. Muscle loss is also associated with delayed recovery from illness after surgery, slow wound healing and higher healthcare costs.

Measuring metabolic demand Given the increased caloric demand in a hypermetabolic state, the patient requires increased energy. Determining the exact amount of energy required has proven to be a moving target. Indirect calorimetry (IC), which is based on measurements of oxygen and carbon dioxide production (see attachment), has been shown to be the gold standard for Resting Energy Expenditure (REE) measurement in critically ill patients. However, this method is often underutilized due to staff shortage, equipment costs, and lack of knowledge and interpretation. Instead, predictive equations, such as the Mifflin St. Jeor, are used when other more precise methods, such as IC, are not available. These predictive equations are less precise, as they may not account for the increased demand due to the hypermetabolic state of the patient undergoing major surgeries, whose metabolic demand can increase as much as 150-200% above the Resting Energy Expenditure (REE). Therefore, the risk of inadequate energy intake is increased in these patients.

Screening and diagnosis of malnutrition

A number of well-known tools such as the Mini Nutrition Assessment (MNA), Graz Malnutrition Screening (GMS), Malnutrition Universal Screening Tool (MUST), Malnutrition Screening Tool (MST) and Subjective Global Assessment (SGA) are available to identify malnutrition. Although these tools have been validated, they can be limiting as they are self-directed and malnourished patients rarely receive adequate nutritional assessment and treatment prior to surgery. Instead, a recent expert consensus suggests that a diagnosis of malnutrition requires that the patient exhibit two or more of the six Parenteral and Enteral Nutrition`s (ASPEN) criteria for the diagnosis of malnutrition:

Studies suggest dietary leucine or its metabolite β-hydroxy β-methylbutyrate (HMB) can improve skeletal muscle mass and function, as well as whole-body health and well-being of animals and humans.

Supplementation with HMB has been extensively studied in elder patients and athletes. He X and colleagues displayed that the effect of HMB is through increasing gene expression of peroxisome proliferator-activated receptor gamma co-activator 1-alpha (PGC-1α), which is a master regulator of mitochondrial metabolism (See HMB information sheet, attached). However, no study has verified the effect of HMB on patients undergoing major surgeries.

HMB has been widely used in several over-the-counter products and supplements to improve muscle function and increase lean body mass. One supplement containing HMB is Ensure Enlive. This supplement is listed as the Abbott Company's most advanced nutrition shake and contains high protein plus HMB. This supplement is designed to help reconstruct muscles from the inside, with an all-in-one blend to support muscle, bone, heart immune, and digestive tract health. It is specifically designed to help patients undergoing metabolic stress including severe illness, injury, and surgery (See Ensure Enlive information sheet, attached).

The advantage of combining HMB with high protein nutrition supplement (Ensure Enlive) could translate to the theory that, HMB is executed by increasing transcriptional level of protein synthase, while other high protein or amino acids like Glutamine or Arginine supplements only provide protein-amino acids pool for patients while body's preferred fuel during metabolic stress is endogenous protein, rather than exogenous diet.