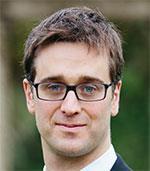 Mechanisms and Effects of Oxytocin on Social Cognition in Schizophrenia - Behavioral

Part 2: A supplementary study will be added to the proposed parent study, which includes additional behavioral testing consisting of several social cognition computer tasks, clinical assessments, physiological measurements, and questionnaires. The study will be conducted with the same study arms and study interventions as in the proposed parent study. For this supplementary study, the inclusion criteria has broadened to include patients with bipolar disorder with psychotic features and brief psychotic disorder.