a study on Supraventricular Tachycardia 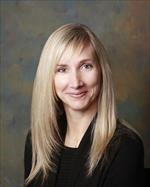 Few studies are specifically designed to address health concerns relevant during pregnancy. The consequence is a lack of evidence on best clinical practice. This includes mothers and their babies when pregnancy is complicated by an abnormally fast heart rate up to 300 beats per minute due to supraventricular tachyarrhythmia (SVA) in the unborn baby (fetus). Although fetal SVA, including atrial flutter (AF) and other forms of supraventricular tachycardia (SVT), is the most common cause of intended in-utero fetal therapy, none of the medication used to date has been evaluated for their effects on the mother and her baby in a randomized controlled trial (RCT). As a consequence, physicians need to make decisions about the management of such pregnancies without any evidence from controlled trials on drug efficacy and safety and no consensus among specialists for the optimal management. The Fetal Atrial Flutter and Supraventricular Tachycardia (FAST) Therapy Trial is a prospective multi-center trial that addresses this knowledge gap to guide future fetal SVA therapy to the best of care. Study components of FAST include three prospective sub-studies to determine the efficacy and safety of commonly used transplacental drug regimens in suppressing fetal AF without hydrops (RCT A), SVT without hydrops (RCT B), and SVT with hydrops (RCT C). All RCTs are open label phase III trials of standard 1st line therapy, which either is started as monotherapy (no hydrops) or as dual therapy (hydrops). The primary study aim is the probability of a normal pregnancy outcome after treatment start with Digoxin or Sotalol (AF without hydrops); Digoxin or Flecainide (SVT without hydrops); and Digoxin plus Sotalol or Digoxin plus Flecainide (SVT with hydrops).