High-dose Erythropoietin for Asphyxia and Encephalopathy 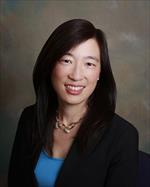 Hypoxic-ischemic encephalopathy (HIE) occurs when a baby gets reduced blood flow and oxygen to the brain near the time of birth. This results in death or neurologic disabilities including cerebral palsy and cognitive impairment in up to half of affected infants. This clinical trial will determine if the drug erythropoietin (Epo) added to hypothermia (usual therapy) will improve outcomes for infants suffering from HIE.

Neonatal hypoxic-ischemic encephalopathy (HIE) refers to brain injury resulting from reduced blood and oxygen flow to a baby's brain near the time of birth. HIE affects up to 12,000 newborns each year in the U.S. Half of affected infants have a bad outcome including death, cerebral palsy and cognitive impairment despite receiving hypothermia, the only available treatment. Erythropoietin (Epo) is a cytokine with remarkable neuroprotective and neuroregenerative effects demonstrated in animal models of neonatal brain injury. In a phase I trial of Epo + hypothermia, the investigators found that Epo 1000 U/Kg/dose best reproduced the pharmacokinetics of neuroprotective dosing in animal models. Long term outcomes were better than expected based on entry criteria and MRI findings. A phase II trial compared 50 cooled infants randomized to receive Epo or placebo. Infants treated with hypothermia + Epo had less brain injury on early MRI, and better 12-month motor development. The investigators hypothesize that Epo given to cooled infants with moderate/severe HIE will reduce the combined primary outcome of death or neurodevelopmental impairment from 49 to 33%. This is a randomized, double-blind, placebo-controlled trial of Epo therapy in 500 infants with HIE undergoing hypothermia. Specific aims are 1) To determine if 5 doses of Epo 1000 U/kg IV reduces the rate of death, motor or cognitive deficits at 2 years; 2) To assess safety of Epo by evaluating clinical toxicity; and 3) To determine whether Epo decreases the severity of neonatal brain injury as evidenced by early MRI and circulating biomarkers of brain injury. The investigators anticipate that Epo will confer improved 2-year neurodevelopmental outcome, will be safe, and will decrease brain injury severity as determined by early biomarkers.