Impact of Photobiomodulation (PBM) on Biomarkers of Alzheimer's Disease

a study on Alzheimer's Disease 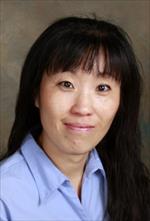 Photobiomodulation (PBM) describes the use of near-infrared light (which is not visible to the eye) to heal and protect tissue that has either been injured, is degenerating, or else is at risk of dying. Research suggests that the light delivered during PBM enhances the body's biochemical ability to store and use energy and increase blood flow, which triggers the body's natural healing processes. The goal of this study is to determine if PBM administered transcranially (through the scalp and skull) and intranasally (inside the nose) has an effect on cognitive function and behavioral symptoms in people with Alzheimer's disease (AD). The study will also examine whether PBM has an effect on biomarkers of AD in the blood and spinal fluid of patients with AD. A biomarker is a specific physical trait used to measure the progress of a disease or condition.

Examining the Impact of Photobiomodulation on Cognition, Behavior, and Biomarkers of Alzheimer's Disease

Alzheimer's disease (AD), the most common form of dementia, is characterized by the loss of higher brain function such as memory, problem-solving abilities, and language. Photobiomodulation (PBM) describes a kind of light therapy that uses red or near-infrared light to stimulate, heal, regenerate, and protect tissue that has either been injured, is degenerating, or else is at risk of dying. The pathological hallmarks of AD include senile plaques rich in β-amyloid (Aβ) peptide and neurofibrillary tangles composed of hyperphosphorylated tau (p-tau). In animal models of AD, PBM reduces the size and number of brain Aβ plaques, p-tau, and neurofibrillary tangles. PBM also mitigates behavioral deficits in transgenic AD mouse models and humans with dementia. The goal of this sham-controlled pilot trial is to investigate the effects of PBM on the cognitive function, behavioral symptoms, and fluid (i.e., cerebrospinal fluid (CSF) and blood) biomarkers of AD pathology including amyloid burden, tangle pathology, axonal injury, microglia activation/inflammation, and neurotrophic factors in 16 patients with biomarkers-supported probable Alzheimer's dementia, according to the National Institute of Neurological and Communicative Disorders and Stroke and the Alzheimer's Disease and Related Disorders Association (NINCDS-ADRDA) criteria.

One aim of the study is to examine the effect PMB on cognitive function and behavioral symptoms in patients with probable AD. A second aim is to examine the effects of 16 weeks of PBM on fluid biomarkers of inflammation (i.e., monocyte chemoattractant protein 1 and 3 [MCP-1 and MCP-3] and macrophage inflammatory protein 1β [MIP-1β]), neurodegeneration (i.e., ubiquitin carboxyl-terminal hydrolase isozyme L1 [UCH-L1] and neurofilament light chain [NfL]) and neurotrophic factors (i.e., vascular endothelial growth factor [VEGF] and brain-derived neurotrophic factor [BDNF]). The final aim of the study is to explore the relationship between cognitive and behavioral changes after 16 weeks of PBM with changes in biomarkers of inflammation, neurotrophic factors, and neurodegeneration.

Sixteen patients with biomarkers-supported probable Alzheimer's dementia will be enrolled and randomly assigned to an active or sham PBM group. All patients will be asked to use the Vielight Neuro Gamma (real or sham) device for 20 minutes/day, every other day, for 16 weeks. Randomization with blind assignment will be determined by a computer-generated random allocation. Upon completion of the post-treatment assessments, the Sham-treated patients will be offered an opportunity to use an active Vielight Neuro Gamma device for 16 weeks. We will assess cognition and behavioral symptoms in Sham patients who opt to undergo active PBM 16 weeks after they start the active PBM treatments.

Biomarker measures will be assessed in all study participants at baseline and after 16 weeks of PBM. Biomarkers will be obtained through a blood draw and lumbar puncture. A lumbar puncture (also called a spinal tap) is a procedure to collect cerebrospinal fluid, or CSF), which surrounds the brain and spinal cord. During a lumbar puncture, a needle is carefully inserted into the spinal canal low in the back (lumbar area).

Open to people ages 50 years and up

(for participants with AD):

(for participants with AD)