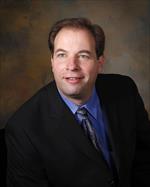 Pulmonary vein isolation using radiofrequency (RF) ablation is a widely used treatment strategy for atrial fibrillation. Peri-procedural complications rates are estimated at between 1.5 - 6% with the two most feared complications being stroke and atrial-esophageal fistula. The risk of these complications increases with (1) longer left atrial dwell times with greater potential for clot formation and (2) esophageal heating during delivery of radiofrequency energy. 'High-power short-duration' (HPSD) is an increasingly utilized strategy to decrease procedure duration and minimize the risk of these complications. Potential mechanisms for benefit include: (1) shorter left atrial dwell times due to more efficient lesion delivery (2) rapid, but more controlled, resistive tissue heating, which avoids deeper, passive conductive heating that can reach the esophagus and cause injury. Moreover, HPSD may improve lesion efficacy and durability due to less recover of excitability after ablation. Despite being widely used and several retrospective studies, there have been no prospective randomized trials comparing outcomes between HPSD and standard RF ablation settings. Moreover, we are interested to see if a shorter procedure (less time in the left atrium) is associated with a lower rate of silent cerebral infarctions (which are occasionally seen on MRI brain post RF ablation - their clinical significance is unclear).