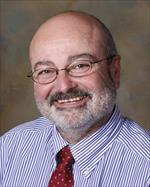 Desmoid tumors, also referred to as aggressive fibromatosis, are rare, locally invasive, slow growing soft tissue tumors. Although considered benign because of their inability to metastasize, desmoid tumors can cause significant morbidity and occasionally mortality in patients.

For people ages 18 years and up

Participant has started any treatment for DT/AF after the documented DT/AF progressive disease (inclusion criteria 2).