Skip to main content
Not currently recruiting at UCSF

a study on Fibroids Uterine Fibroids 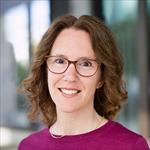 The ULTRA Registry is a nationwide observational arm of the ULTRA trial. Data from the ULTRA Registry will be used to evaluate the long-term safety and efficacy of laparoscopic RF ablation (Acessa). The ULTRA Registry will recruit women age 21 or older who plan to undergo or have undergone laparoscopic RF ablation (Acessa) or myomectomy within the United States. Participants will be recruited through study materials distributed at clinical offices across the country where gynecologists are performing laparoscopic RF ablation (Acessa). Study participants will consent to participate in a 3 year prospective study conducted by UCSF but the fibroid procedure will be performed by the study participants' own gynecologist. We will evaluate changes in fibroid-related symptoms from pre-treatment values to 6, 12, 18, 24, 30, and 36 months after RFA (Acessa). We will determine long-term efficacy of RFA (Acessa) by evaluating the rate of re-treatment for symptomatic fibroids after the RFA (Acessa) procedure versus myomectomy. Participants will be asked for permission to review their medical records to assess surgical and pregnancy outcomes. UC San Francisco will have oversight of all scientific and administrative aspects of the study. All study data will be stored securely in a HIPAA compliant, secure database monitored by the UC San Francisco Coordinating Center.

Open to females ages 21 years and up