Skip to main content
Not currently recruiting at UCSF

a study on Post-Traumatic Stress Disorders 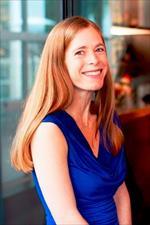 The objective of this project is to test the efficacy of an individual treatment for post-traumatic stress disorder (PTSD) stemming from moral injury called Impact of Killing (IOK), compared to a present-centered therapy (PCT) control condition, and to determine the rehabilitative utility of IOK for Veterans with PTSD. The first aim is to test whether IOK can help improve psychosocial functioning for Veterans, as well as PTSD symptoms. The second aim is to determine whether IOK gains made by Veterans in treatment are durable, as measured by a six-month follow-up assessment. Veterans who kill in war are at increased risk for functional difficulties, PTSD, alcohol abuse, and suicide. Even after current PTSD psychotherapies, most Veterans continue to meet diagnostic criteria for PTSD, highlighting the need for expanding treatments for PTSD and functioning. IOK is a treatment that can be provided following existing PTSD treatments, filling a critical gap for Veterans with moral injury who continue to suffer from mental health symptoms and functional difficulties.

Post-traumatic stress disorder (PTSD) is now the most common mental health diagnosis among the youngest generation of Veterans receiving treatment from the Veterans Health Administration (VHA), necessitating the need for diverse types of targeted care. Although there are two evidence-based psychotherapies (EBP) for PTSD, the vast majority of combat Veterans who receive these treatments still meet diagnostic criteria for PTSD and their functioning continues to be impacted. Furthermore, Veterans that have experienced trauma related to killing have high rates of suicide and more severe PTSD symptoms. Although there have been few studies examining predictors of poor outcomes in EBPs, one area that has recently begun to receive growing attention is moral injury. A recent study found that PTSD and moral injury were distinct constructs with unique signs and symptoms, and preliminary evidence indicates that the feelings of guilt and anger that characterize moral injury associated with trauma such as killing in war may contribute to worsening symptoms over the course of existing treatments. Although PTSD may be one manifestation of psychological trauma related to killing, conceptualization of the impact of killing requires a broader framework. The emerging concept of moral injury offers an alternative context to better understand the many possible outcomes of exposure to killing. For these reasons, the development of targeted moral injury interventions is critical. The investigators designed and received VA funding to conduct a pilot randomized controlled trial (RCT) of the Impact of Killing (IOK) treatment, which can be seamlessly added as a standalone treatment following existing EBPs for PTSD. IOK focuses on key themes including physiology of killing responses, moral injury, self-forgiveness, and improved post-deployment reintegration. The treatment was designed to fit well into already existing systems of care and has been shown to improve functioning, PTSD symptoms, and general psychiatric symptoms following EBP. Whereas the IOK RCT pilot was initially conducted at the San Francisco VA Healthcare System, the investigators' goal is to conduct a fully-powered, multi-site efficacy trial at two regionally-diverse sites with a larger sample size and active control condition. Consequently, the objective of this project is to test the efficacy of an individual treatment for PTSD stemming from moral injury called IOK, compared to a present-centered therapy (PCT) control condition, and to determine the rehabilitative utility of IOK for Veterans seeking treatment for PTSD. The primary outcome is psychosocial functioning. The target population is Veterans who have initiated or completed Cognitive Processing Therapy or Prolonged Exposure Therapy, two EBPs for PTSD, and continue to have PTSD symptoms and moral injury related to killing. Veterans will be randomly assigned to receive either: 1) IOK (10 individual therapy sessions lasting 60-90 minutes) or 2) PCT (sessions of equal duration to IOK). The first aim is to test the efficacy of IOK through measures of psychosocial functioning (primary outcome) and PTSD severity (secondary outcome). The second aim is to determine whether IOK gains made by Veterans are durable. Given that moral injury treatment is a new and burgeoning area, the investigators have two exploratory aims that can help move the field forward. The first exploratory aim is to conduct post-treatment evaluations with a subset of the IOK treatment group to better understand how to support continued improvement in functioning among participants. The second exploratory aim is to evaluate mediators of functional improvement, such as self-forgiveness, among Veterans completing IOK. If the aims of this grant are achieved, the investigators will be able to have a moral injury intervention following EBP that can be seamlessly integrated into existing care for one of the most commonly occurring mental health problems in Veterans. Furthermore, suicide is a national priority for VHA, and expanding treatment for PTSD and moral injury has the potential to decrease suicide and improve functioning in Veterans. Finally, IOK offers skills and ways of understanding warzone experiences that can be mastered and can continue to be implemented by Veterans over time.