a study on Post-Traumatic Stress Disorders Alcohol Use 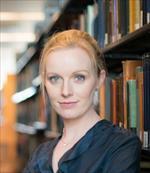 The investigators have developed a mobile app called Resolving Psychological Stress (REPS) to help alleviate symptoms of PTSD. The app will administer threat-related attention bias modification to individuals who have both a Diagnostic and Statistical Manual of Mental Disorders V (DSM-V) diagnosis of PTSD (and meet at least one DSM-V criteria for threat sensitivity) and a DSM-V diagnosis of Alcohol Use Disorder. The aims of the study are to explore both the feasibility and acceptability of the app with it's users, and to explore the efficacy of the app at alleviating PTSD severity.

Posttraumatic stress disorder (PTSD) is a highly disabling disorder that affects approximately 30 million people in the United States. New low-cost and accessible treatments for PTSD are desperately needed. Threat-related attention biases represent an important potential treatment target for PTSD. Such attention biases predict risk for PTSD following trauma exposure, and are thought to maintain symptoms of PTSD and other anxiety disorders. Research indicates that specific forms of computerized attention bias modification (ABM) are effective in reducing attention bias for threat as well as anxiety in patients with diverse anxiety disorders. The investigators have developed a mobile "app" called RePS (Resolving Psychological Stress) to administer threat-related ABM to patients with PTSD and Alcohol Use Disorder and have tested it in a laboratory-based pilot study of 19 people with PTSD. Preliminary data indicate that the app is highly acceptable to patients and that use of the app reduces attention bias for threat and PTSD symptom severity. The study aims are to examine the feasibility, acceptability and usability of app-based ABM; and determine the efficacy of app-based ABM in reducing attention bias and PTSD severity.