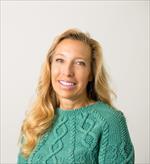 -- In order to survive, all cells, even cancer cells, must be able to repair their genetic material (DNA) when it gets damaged. A mutation is an alteration or change in a gene- either inherited from a parent or acquired over time- that prevents the gene from working properly. Faulty genes (or genes that carry a mutation) have been linked to increased risk of hereditary breast and ovarian cancer.

-- NOTE: If the only site of measurable of disease has been previously irradiated, there must be evidence of post-radiation progression. For a lesion to be considered as measurable, it must be one that can be accurately measured at baseline as ≥ 10 mm in the longest diameter (except lymph nodes which must have short axis ≥ 15 mm) with computed tomography (CT) or magnetic resonance imaging (MRI) and which is suitable for accurate repeated measurements