a study on HIV/AIDS Adherence, Medication 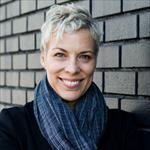 Transgender women (assigned 'male' at birth but who do not identify as male) are disproportionately impacted by HIV and have culturally unique barriers and facilitators to engagement in HIV care. Transgender women living with HIV (TWH) are less likely than others to take antiretroviral therapy (ART), and those who initiate ART have lower rates of ART adherence, lower self-efficacy for integrating ART into daily routines, and report fewer positive interactions with health care providers than non-transgender adults. As a result, TWH have an almost three-fold higher viral load than non-transgender adults in San Francisco; in Los Angeles, TWH are less likely to be virally suppressed than any other behavioral risk group. In formative work, the investigators have identified culturally-specific and modifiable barriers to HIV treatment engagement among TWH, including prioritization of transition-related health care (i.e. hormone therapy) at the expense of HIV treatment, avoidance of HIV care settings due to past negative health care experiences, misinformation about ART including potential drug interactions with hormones, intensified HIV stigma, low levels of social support, and poor coping skills. There are both individual and public health consequences to poor engagement in care among TWH stemming from high transmission risk factors, including substance abuse, high numbers of sex partners, engagement in sex work, and high rates of mental illness. These findings strongly suggest that TWH face unique challenges to engaging in and adhering to HIV treatment, and that the public health consequences for poor engagement in this population are of grave concern. Interventions to mitigate these barriers to engagement in care are critical in efforts to alter the pattern of HIV-related disparities that lead to disproportionately poor health outcomes for this highly vulnerable and marginalized population. The investigators are conducting a randomized controlled trial of a theory-driven, population-specific, piloted intervention to improve engagement in care for TWH. Grounded in the investigators' Models of Gender Affirmation and Health Care Empowerment, the proposed research is the first to systematically intervene on complex barriers to optimal engagement in HIV care for TWH. The investigators have developed and piloted the Healthy Divas intervention to optimize engagement in HIV care for TWH at elevated risk for treatment failure and consequential morbidity, mortality, and transmission of HIV.

Open to males ages 18 years and up

Evidence of severe cognitive impairment or active psychosis, as determined by the Project Director in consultation with the Principal Investigator.